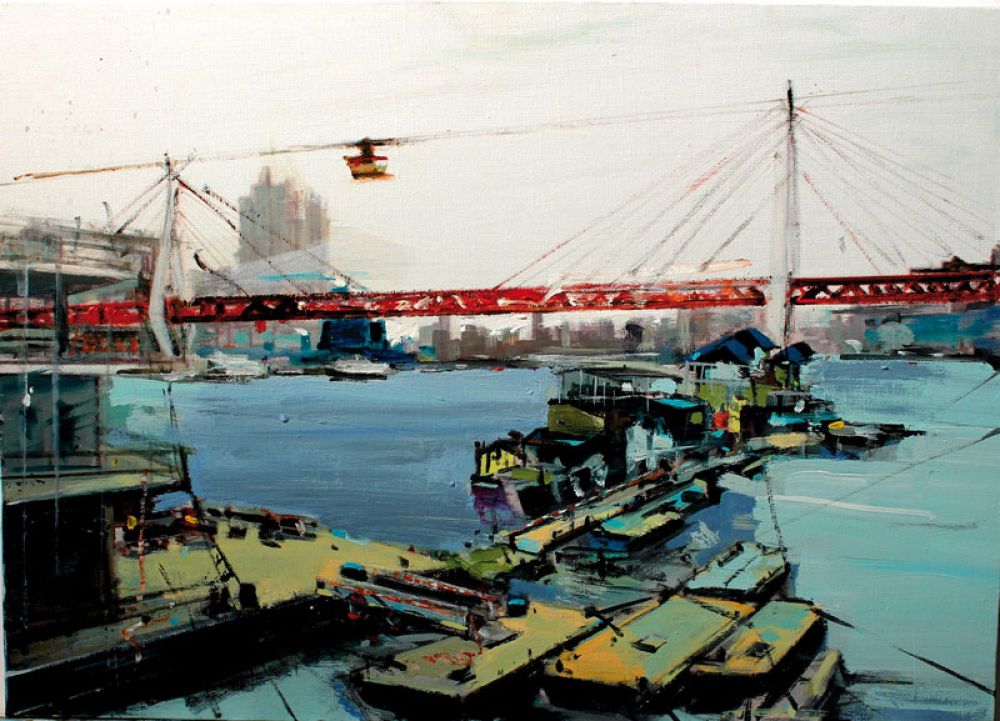 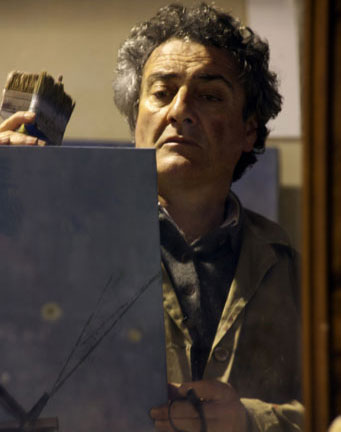 ALESSANDRO RUSSO was born in Catanzaro (Calabria) in 1953. In the span of more than forty years, Russo has affirmed his originality in European figurative landscape painting. Since the 1970s when he began with his first exhibitions in private galleries, Russo has illustrated a visionary universe, autonomous and refined. Mirthful figures and caricatures appear in his works in order to give life to a timeless world; this world is complete with fantastic presences and shrouded in a poetic haze of existential and social meanings. Russo’s personal style masterfully elaborates the ways and techniques of European painting in the 18th and 20th centuries. This brings his work to the attention of critics. In the 1980s, while exhibiting in all of Italy, Russo additionally chose to work in his hometown and began teaching at the Accademia di Belle Arti di Catanzaro, becoming Professor of Decoration. In the 1990s, he deepened his roots in southern Italy as exemplified by works in important public spaces such as the Taverna Pinacoteca; Palazzo De Nobili, headquarters of municipality of Catanzaro; the Palazzo Pubblico in Corato; the Provincial Palace of the Guardia di Finanza a Vibo Valentia; the Calabrian Firefighters Center. In these years, Russo was also committed to projects abroad, invited by several foreign universities to exhibit at the House of Arts in Pécs, Hungary, the Petöfi Museum in Budapest, and later at the La Valletta Fine Art Museum in Malta. In 2003, the French Institute in Florence dedicated a tribute to the artist and hosted an exhibition of his work. In 2005, Russo participated in the first exhibition of MAC, the Accademia di Cantazaro’s Museum of Contemporary Art. Starting in 2008, Russo has intensified his exhibition activity: Naples, Milan, Innsbruck, Catanzaro, Bologna, and also the Italian Pavilion at the Biennale di Venezia (2011). In 2011, the Rocco Guglielmo Foundation and the municipality of Catanzaro dedicated an exhibition to him at the San Giovanni monumental structure. For about six years, as seen in various Italian galleries, the landscape has remained Russo’s chosen subject. An exhibition is currently being prepared in China; some of the works on display will include portrayals of several international cities and their recent transformations.

He is currently a Decoration Professor at the Accademia delle Belle Arti di Milano Brera.