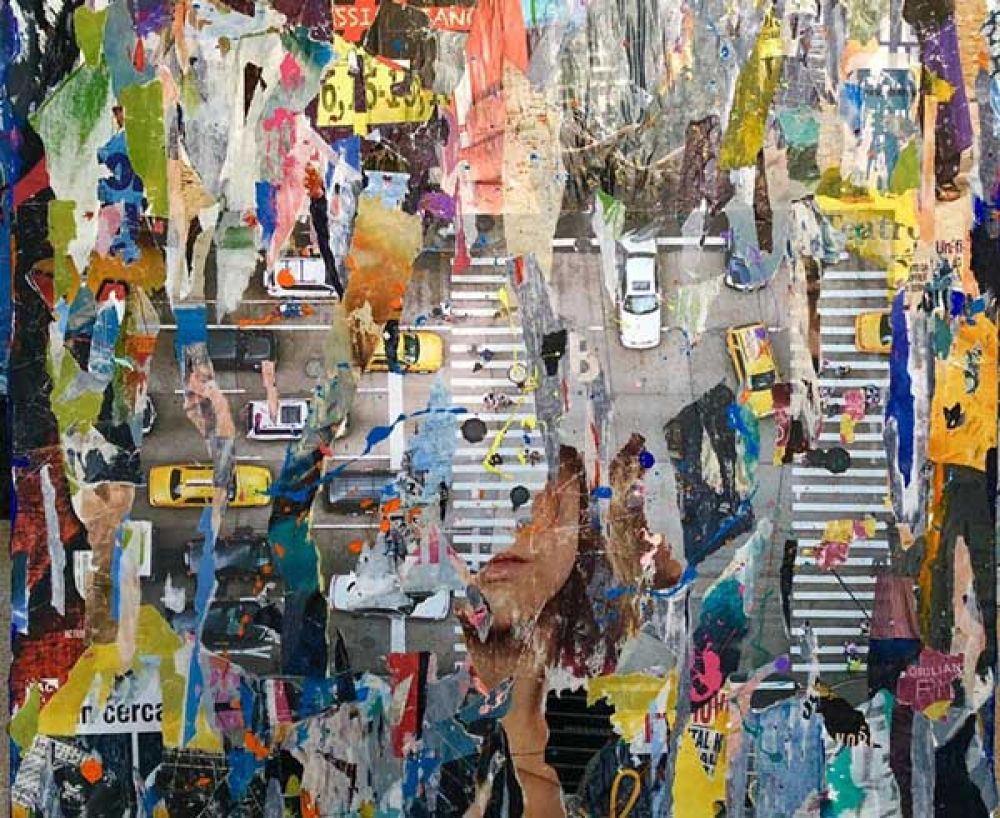 Nello Petrucci was born in Castellammare di Stabia (Naples) in 1981. His wandering soul, the desire to know new places, people, habits and customs, led him from his very youth to pass through new frontiers, absorbing in these travels all the richness of the subtle nuances, which diversify our planet’s civilizations. This is how his circular glance was born, that artistic vision which is reflected in the versatility of Renaissance culture.

He cultivated his interests by attending the course of film direction at the new University of Cinema and Television in Rome, and the Academy of Fine Arts in Naples, taking the course of scenography, accomplishing it with the highest marks. A fusion between art and cinema into which absorbed, as a sponge, his passions, aspirations, joys, sorrows, unmentionable thoughts, in certain cases revealing things about him, through the story of someone else.

This continuous, progressive figurative languages contamination, started at the end of the “short century”, in 1999. He made his debut as an actor in “The Fallen” under the direction of Ari Taub, then, in the same year, he continued as a director with a short movie: “La mia storia nel quartiere”. The following year he took part with a brief appearance in “Gangs of New York” by Martin Scorsese, and in the same year he made the short “Anxey”.  Until 2007 came in succession short and feature movies, as assistant director and he made the last, at least for now, appearance as an actor in 2004, in “Rome” by Alan Tayler. He was actor and assistant in the movie “Piano 17” by Manetti bros. The year after he was assistant director with his master and director Antonio Capuano in “Giallo”. Tireless devourer of movies, keen on collecting cinema posters, Petrucci’s artistic path was moving towards a fundamental turning point, to express the inner drives, and all that incandescent magma which fed his passion to recreating in personal terms the flow of events. at his first solo show at Palazzo Gravina in Napoli with the emblematic title: “Art as the film of my life”, in 2010. Transferring on a blank canvas the unbridled love for the images, the clapper boards of movie set, that fleeting Kairos present in the daily life, is the basis of his new creative vein where, beyond the glue that holds together the various rips, the brushstrokes of color express that sense of freedom and hope to keep together past and present. Followed one another years of “solo shows” among which we remember “The Great Illusion” 2012, “Parallel Convergences” 2013. The artistic success came with an exhibition at the Agorà of New York entitled “Kairos”, which after was hosted at Art Fair of Shangai, still in 2017. In 2018, he took part to the 40° Art expo of New York and still at the Agorà Gallery, he received the award as best artist with a solo exhibition, “From Italy with love”. A success which opened him the doors of 3 World Trade Center, invited by Silverstein’s Properties. Petrucci, the only Italian artist participating to 3WTC, on a project by the magnate Larry Silverstein “Masterpiece in the sky” realized on 45th floor “The essence of lightness”, a mural, 15x3,5 m circa. The American Embassy in Rome is ready to host him within its walls with the "Over the Sky" exhibition, a great rewarded success.

On the cinema side, he shot a short called “Lost Love”, selected for the David of Donatello in 2019; he directed the video clip “Remove the frame” inside the Pompeii Archaeological Park, picturesque scenery of the following exhibition at the House of the Cryptoporticus “Pompeii and the Mysteries of the Eternal Beauty”.

His civil engagement led him to create “Plastic River”, an installation to support the ecological struggles against the indiscriminate use of the plastic and the pollution of the oceans: artwork shown on the outside of Palazzo De Fusco, seat of the city council of Pompeii.

The colossal documentary on the thirty years of contemporary art in Naples, entitled “From Warhol to Bansky” is in the works, and will be followed next December by the release of his next work of animation, “Parsec”, written and directed by him. Speed and meditation, reflection and impulsivity travel through him.

In production the documentary on the thirty years anniversary of contemporary art in Naples, entitled "From Warhol to Banksy", will be followed this December by the release of his next animation work, "Parsec" of which he also signed the script and the direction . In him travel speed and meditation; reflection and impulsiveness.

We can define Nello Petrucci - putting him in a cultural context which represents him – a talent with an open mind on the boundaries of knowledge; with the heart of a prophet in search for the deepest spirituality; and with his eyes wide open to the future.